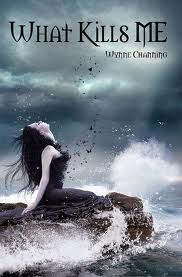 An ancient prophecy warns of a girl destined to cause the extinction of the vampire race.
So when 17 year-old Axelia falls into a sacred well filled with blood and emerges a vampire, the immortal empire believes she is this legendary destroyer.  Hunted by soldiers and mercenaries, Axelia and her reluctant ally, the vampire bladesmith Lucas, must battle to survive.
How will she convince the empire that she is just an innocent teenager-turned bloodsucker and not a creature of destruction? And if she cannot, can a vampire who is afraid of bugs summon the courage to fight a nation of immortals?

Zee is your average 17 year old Canadian girl who is staying with a host family in Italy for the summer.  One night when she gets lost she meets a gorgeous guy named Paolo, who at first she thinks is going to rob her but instead he helps her find her way back to where she is staying, when he asks her out on a date for the next night she is ecstatic, only later will she discover that Paolo isn’t what he seems.
The next night when Zee sneaks out to meet Paolo for their date, she learns that the only thing he’s interested in is drinking her blood until she’s dead.  While struggling to get away Zee accidently falls down a well that is full of blood and when she comes she’s no longer human, but a vampire.  When discovered, she is taken away to the immortal empire where not only does she come face to face with Paolo but she is sentenced to death.  They lock her up in a cell next to Paolo and when the sun comes out and Paolo burns to death, she learns that the sun doesn’t hurt her.
Zee escapes death once again ends up finding a vampire named Noel and his son Lucas.  I love that there’s not an instant love connection between Zee and Lucas; that the chemistry gradually grows between them.  At first, Lucas comes off as a real jerk but we quickly see his loyalty and protectiveness of Zee.
I don’t want to give any details away so let me just say that What Kills Me is an action packed adventure.  If you’re a fan of vampires, then this is a book you definitely don’t want to miss.
Thanks to Wynne Channing for providing me with a free copy in exchange for an honest review.