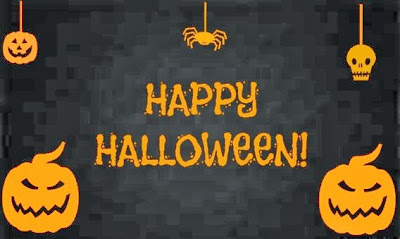 Some of my favorite things about October is being able to go to a bunch of haunted houses (Fallsburg Haunted House was AMAZING!), watch a ton of scary movies on TV and take my kids trick or treating. And since I love Halloween so much I thought I would do something Halloweeny for the blog.
I have been racking my brain trying to come up with something to do and I finally decided that I would spotlight my FAVORITE SERIES EVER since it involves vampires, ghouls and one book even has a few zombies. The series that I’m talking about is the Night Huntress series by Jeaniene Frost! I fell in love with this series years ago when I first met Cat and Bones, and I have been a devoted fangirl ever since. The last book in the series comes out in January and I’m devastated to say goodbye, so I thought this would be the perfect opportunity to show why I love this series in hopes that someone else will decide to pick it up and fall in love with BONES this world and BONES these characters it like I did.
Here are just a few reasons why I love this series:
Bones – Yes, he has to be number 1! Bones was my first book boyfriend and I will always refer to him as my first ‘book boyfriend’ love. He’s strong, loyal, cocky, sarcastic and he will protect what he loves at all cost.
Cat – Cat is the most kick-ass heroine that I have ever had the pleasure of ‘meeting’. She’s a freaking vampire hunter, how bad ass is that? She also doesn’t take shit from anyone, she’s more likely to knock you on your ass than shake your hand.
The Humor – I can’t tell you how many times these books made me laugh out loud. Below are some example of the quotes that tickled me:
“You called her Kitten? And she let you? She put me in a coma for three days when I called her that! My balls never recovered from her smashing them into my spine!”
“What the hell was that?” I gasped. “Premature inflammation,” he replied. “Happens sometimes. Very embarrassing. I don’t like to talk about it.”
“I am going to knock the slut out of you. And that should take some doing, you uppity English tramp!”
“Lucifer’s bouncing balls, Kitten, not again!” Uh-oh. I squirmed, instinctively also trying to block Tony’s body from his view. As if that made him any less dead. “She was going to stab you,” I said in my defense. “Look in her hand!” He was looking at the ground near my feet instead. “Him, too?” I nodded, sheepish. “He jumped me.” Bones just stared. “You’re not a woman,” he said finally. “You’re the grim reaper with red hair!”
The Romance – This is one of those books where you can feel the connection between the two main characters. I’ve read some books where the connection sucked and I couldn’t believe they end up together. Here’s a few more quotes from the books:
“If I die, I will wait for you, do you understand? No matter how long. I will watch from beyond to make sure you live every year you have to its fullest, and then we’ll have so much to talk about when I see you again.”
“Do you think I’m pretty?” I heard myself ask. Something I couldn’t name flashed across his face. “No. I don’t think you’re pretty. I think you’re the most beautiful girl I’ve ever seen.”
“You think I look like an angel? Well, Kitten, your hands are heaven and your eyes are my home.”
“There were words for what he meant to me, but if I studied every language ever spoken for the next thousand years, I still wouldn’t find enough of them to describe it.”
I’ll leave you with a Halloweeny video 🙂
Happy Halloween!
Talk To Me
Have you read these books? If so, what do you think of them? If not, do you think you will give them a try?

One response to “Happy Halloween & A Series Spotlight”