I’m so excited to participate in the Get Addicted Tour! Addicted To You sounds amazing and I will defintely be picking it up when it comes out.  Check out the summary below along with a teaser and a giveaway and be sure to drop by the other stops on the tour! 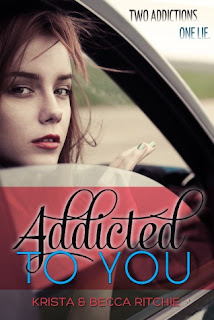 No one would suspect shy, Lily Calloway’s biggest secret. While everyone is dancing at college bars, Lily stays in the bathroom. To get laid. Her compulsion leads her to one-night stands, steamy hookups and events she shamefully regrets. The only person who knows her secret happens to have one of his own.
Loren Hale’s best friend is his bottle of bourbon. Lily comes at a close second. For three years, they’ve pretended to be in a real relationship, hiding their addictions from their families. They’ve mastered the art of concealing flasks and random guys that filter in and out of their apartment.
But when they go on a family boat trip, surrounded by open seas and limited male bodies in sight, Lily’s confronted with a big fear. Only one guy onboard can fill her addiction, and she’s sworn off going there with Loren Hale ever again.
Now the only person who can truly help her, can barely help himself.

My mouth falls. “Oh, you are…” I find a pillow on the nearby chair and start assaulting him with it. I get two good hits in before he swoops his arms around my waist and pulls me on his lap.

“Lo,” I warn. He’s been teasing me all day, making it harder than normal to withstand him. 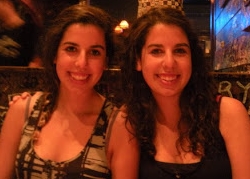 Becca Ritchie is a carnivore of pop culture, television, film and of course YA and NA books. While in college, she worked at The CW television network and put her vampiric knowledge to good use, blogging about hit series and swooning over actors’ abs. When she’s not blogging, she writes novels and has teamed up with her twin sister for their New Adult novel ADDICTED TO YOU. Available July of 2013.
Krista Ritchie is the mind behind popular trading website YA Book Exchange and created Nawanda Files, a book blog that also features books into movies news. When not pouring over entertainment news and the newest releases, she spends her time conducting research in a genetics lab. She’s happy to join forces with her sister, harnessing their twin powers to produce the first in a New Adult series.
Official Site: http://kbritchie.com/
Goodreads: http://www.goodreads.com/author/show/2754148.Becca_Ritchie
Twitter: https://twitter.com/Becca_Ritchie
The Giveaway:

4 responses to “Get Addicted Tour”